Projects / Rest of the World 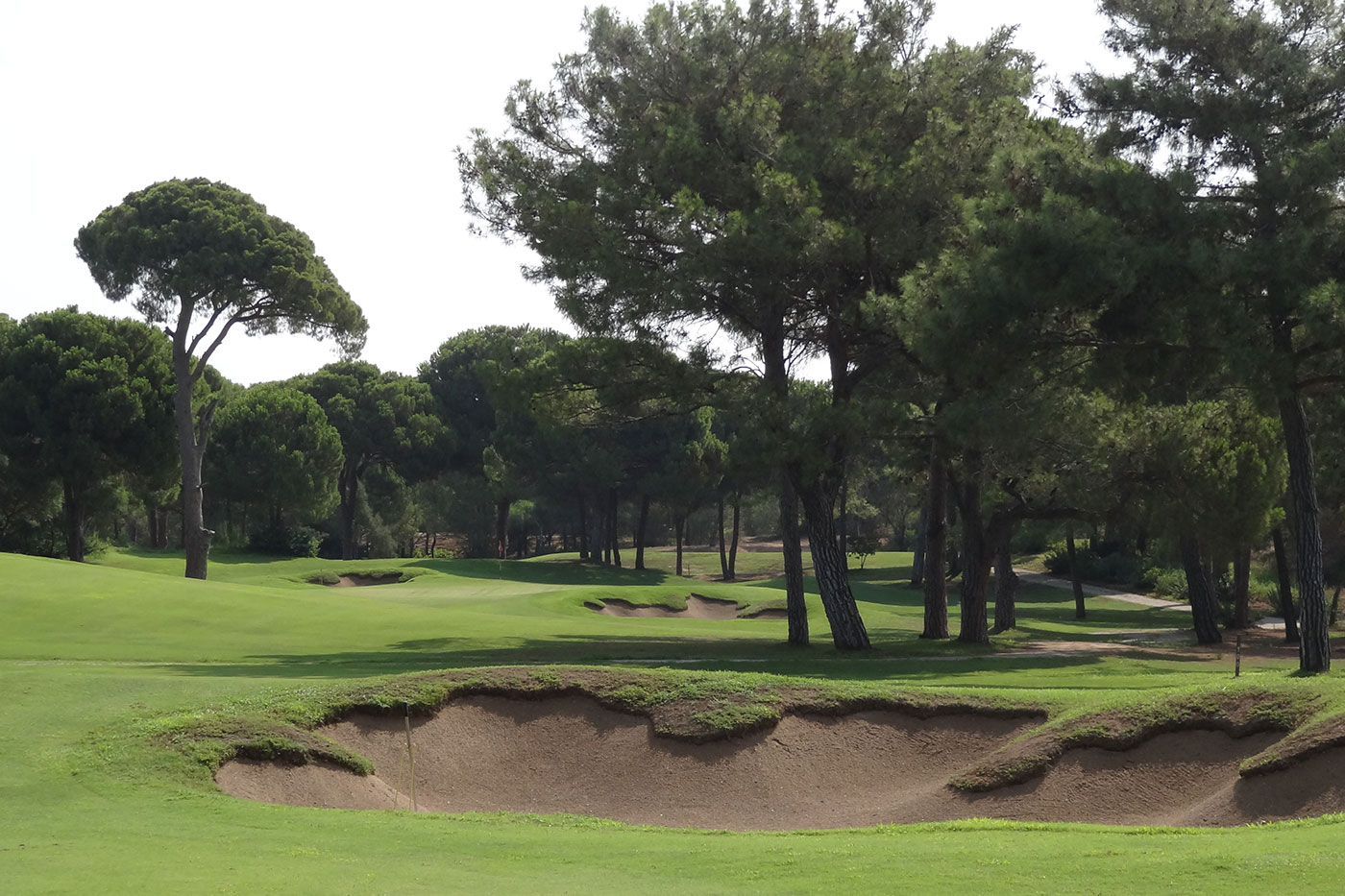 Originally designed and constructed by Hawtree Ltd in 1994 the course had been neglected over the years and had fallen behind the top quality new golf courses being constructed in the Antalya area. Over the past few years we have designed and supervised the renovation of all 27 holes, including bunkers, all tee complexes and three new greens.

Before the work commenced the bunkers were in a state of disrepair, often out of position and poorly styled. As can be seen from the pictures below, the bunkers now possess a distinctive style that blends well with the nature of the site. All the bunkers were effectively designed on site. A masterplan was prepared but we personally marked the location and shape of the bunkers out on site and worked directly with the shaper during construction. The work has transformed the golf course.

It was also clear that area between the holes required addressing. The irrigation system spreading water into the trees was causing the growth of numerous shrubs, bushes and other unwanted vegetation that spoilt the open sandy feel between the the trees and would also make recovery of ball difficult and slow play. Gradual removal of all this vegetation is occurring (along with the neccesary adjustments to the irrigation system) to open up these areas and give the golf course the unique and attractive appearance of open sandy areas between the trees in stark contrast to the greenness of the in play areas.

Zagaleta is a high class real estate development with two 18-hole golf courses. The older of the two course, "Zagaleta Old Course" was in need of upgrading. A complete new irrigation and drainage systems was installed as well as the latest Bermuda grass cultivar to replace the previous bent grass fairways which were always a challenge to maintain during the summer months. During that work, it seemed sensible to address the bunkering; reducing their number and improving upon their style. In total, the area of bunker sand was reduced by just over 1500m2 considerably easing their maintenance, while at the same time, the bunker designs were adjusted to better suite the spectacular rugged scenery around the golf course. Additionally, a new 7th green was constructed (pictured), some new/renovated tee platforms and some re-profiling around the green surrounds to vary the visual and playing characteristics of these areas.